Despite enduring back-to-back trips, including flying to Europe and then jetting immediately after to New Orleans to be with us at ESSENCE Festival, Haitian-American actor and producer Jean Elie has a smile on his face neither you nor I, nor immense jet lag could wipe off.

The star, who most know for his role as Issa Dee’s witty brother Ahmal on HBO’s Insecure, is floating on cloud nine. He has a new dark comedy he’s producing and starring in called Send Help on AllBlk, and he’s newly engaged. His longtime girlfriend, Randall Bailey, is on the virtual call as well. He’s speaking from their home base of Los Angeles, she from her native state of Maryland where she flew from New Orleans to visit family (to both wind down and share the good news). Even from complete opposite sides of the country, you can feel their chemistry radiate.

But in the beginning, when they first met in 2015, their chemistry was nowhere near as strong.

The two first crossed paths at a bonfire at LA’s Dockweiler Beach. Bailey, reeling from a rough breakup, was willed out of the house by her cousin to the event. As they walked to the beach, Bailey lamenting her relationship woes and speaking of her ex, didn’t realize Elie was walking behind her listening to the whole conversation.

“We get to the beach, I turn around and he walks by us. He’s like, ‘You should get rid of that guy, he sounds like a loser,’” she recalls. “Then he walks to the same party I was going to.”

She could have been offended, but instead, Bailey was intrigued.

She wanted to get to know him, but Elie was busy making his rounds at the party. With help from her cousin, who was able to wrangle him for a moment to walk Bailey to her car near the end of the night, she thought they were finally going to make a connection.

“Walked me to my car, perfect gentleman, opens the door. ‘Have a great night,’ closes the door. I’m like, ‘No phone number? You don’t want to connect on social media?’”

But she wasn’t giving up. After doing some research, she found Elie and slid into his DMs, inviting him out for drinks. The two would have a spark, but he admits that living the dream — which for city dwellers is moving out of a space with multiple roommates to be able to enjoy and afford the perks of solo living — left him second-guessing a serious relationship.

“I got cold feet,” he says. “But when we broke up, I constantly kept thinking about her.”

He adds, “Then after Insecure and after a couple bad situations, someone was asking me, ‘Who would you talk to?’ There was only one girl I missed, and I ended up messaging her. I found my person.”

She felt the same way.

“I knew the first time we dated, so I was really peeved when we didn’t work out at first because I was like, ‘I already know that this is it. I don’t want to date other people!’” she says. “We just are so polar opposites in every regard, and so for us to be able to find a middle ground on so many things and talk through things and just have as much fun as we do… We are constantly laughing, joking, pushing each other to reach for our dreams and being supportive in doing so.”

“We could just sit in a room and not talk to each other and just be and we still feel connected in that moment,” Elie adds. “That’s how I know I found my person, and the fact that I’m willing to grow as an individual because of her.”

Courtesy of Jean and Randall

So he decided to pop the question. At the end of June, the couple traveled to the islands of Greece for some fun. There was ATV-ing, diving and of course, the consumption of lots of good food. She was having a ball, not knowing he was stressed out.

It wasn’t until the two enjoyed a drink back at their accommodations after a day of activity and fireworks surprisingly went off over the ocean that he finally found his moment.

“I said, this is beautiful. It can’t be anything better than this,” he recalls. “I said, ‘There’s a lot of things I want in life, and right now the only thing I want is you. Will you marry me?’ She said yes, and then she was like, ‘This is f–king really happening!’ I said, ‘Yes, the f–k it is.’”

Now the couple find themselves in that in between stage where they’re trying to enjoy the moment and the newness of their engagement, while also acknowledging that the planning process is looming.

“I’ll go to the courthouse,” she says. “I don’t care. I don’t need any of the pomp and circumstance.”

But Elie, who has a long list of Haitian loved ones he says his mother will want to attend, says people can expect the works.

Those close to them already know the good news, but the pair have been waiting to share it with their networks — social networks that is. Plenty of people will be surprised, most likely because they didn’t know Elie was in a long-term relationship since he likes to keep his personal life, well, personal. They may also be surprised because there are people who confuse his actual life with the character he played on Insecure.

“Folks automatically assuming that I am a part of the LGBTQ community, it’s hilarious to me but also crazy because sometimes I get the craziest DMs,” the actor, who identifies as heterosexual, says. “My DMs are confused. I’ll be like, ‘Guys, guys, guys, this is a character. This is just a character,’ and they’re like, ‘Well, I’ma shoot my shot!’”

The couple are looking forward to everyone knowing the good news and building the next chapter of their life. That next chapter is filled with blessings. As mentioned, Jean is preparing for the August 11 premiere of Send Help and continuing to provide opportunities for marginalized creators through his production company Bassett House Pictures. Bailey, who works in corporate America, has a beauty consulting company called Ethos Beauty that she’s currently growing with co-founder Shawnte’ Lane. While the couple admit the life changes personally and professionally can be a tad overwhelming (“You’re an adult now” was a comment I heard multiple times during our conversation), the joy they feel about where they’re headed, together, takes precedent.

“I’m enjoying the moment and just taking stock of how everything’s materializing and all these amazing people that recently came into our lives and what these next four or five years are going to look like for us with career, moving in a house, things of that nature. Just figuring out it all,” Elie says. “So we’re just planning next moves while trying to enjoy the moments, the little pockets of happiness.”

Check out photos from the couple’s engagement shoot, shot in Greece by photographer Sara Popovic, as well as the trailer for ‘Seek Help’ below! 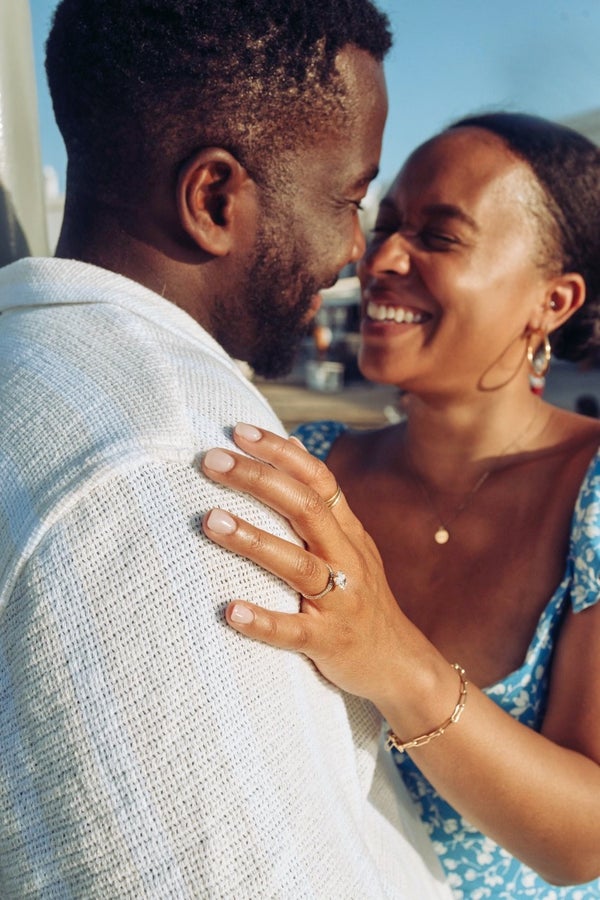 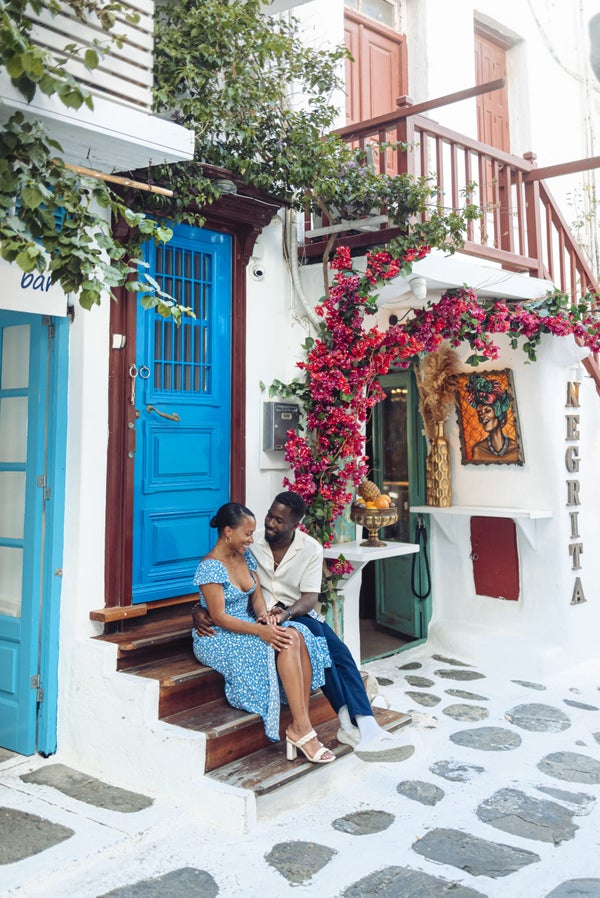 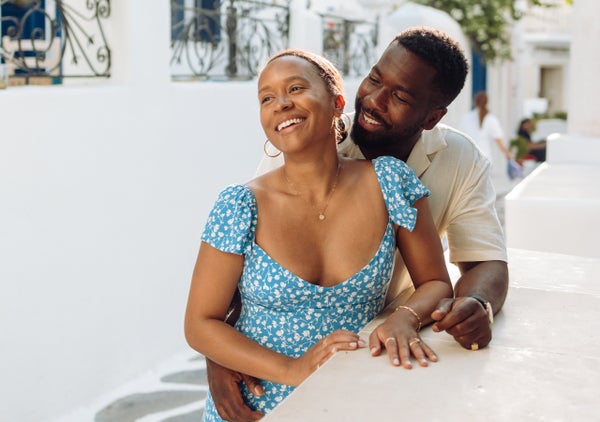 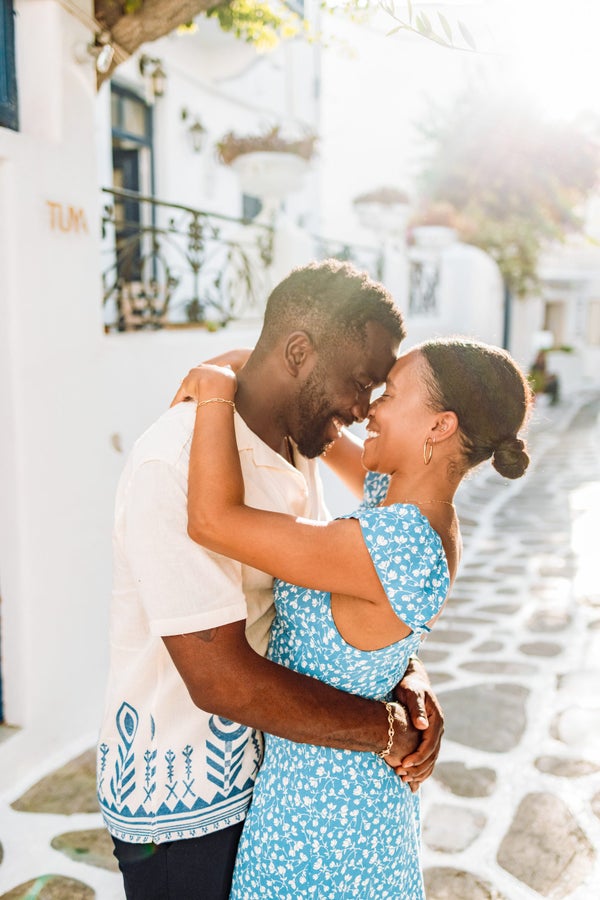 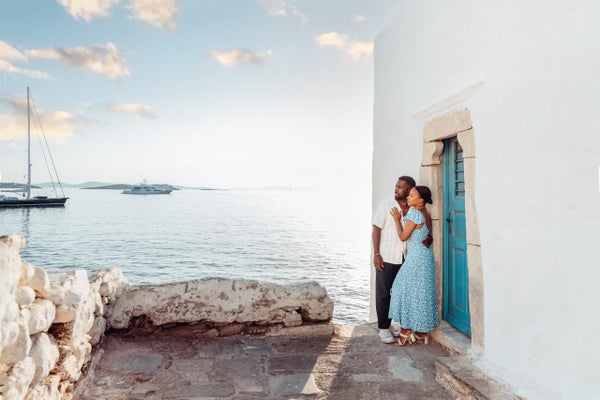 'Do It Afraid. And If You Fail, Do It Again:' Black TikTok Content Creators Offer Words Of Encouragement